A big adventure today when we are scheduled to head for Ballymount in Co. Kildare  to collect our pigs, 2 Tamworth females ordered back in February before they were even conceived, to be taken as 8 week old weaners in due course. Due course turned out to be the 5th June and our pig area, house, feed and water were all ready and in place.  It's a bit of a hike down to Kildare from here - 2 and a half hours in the car but Charlotte had asked to come along for the ride so we'd even had to practice fitting 3 people and the dog-crate in the car. Charlotte is an experienced and knowledge-able pig handler so we could definitely use her help and support and then another good reason arrived - she was invited to collect a fancily-marked 'special' Dutch rabbit from a breeder near Mullingar, not far off our route.

The pig breeder is found by typing FreeRangePigsIreland.ie into an internet search but appears as 'Piggy Wiggy' on the website. They (Therese and Michael) are lovely, helpful, cooperative people who could not do enough for us even when our arrival coincided with them taking a delivery of fresh concrete being pumped from a lorry into a prepared hole in the ground - those guys do not stop if you are not ready; you end up with a quickly setting heap to deal with, so it is all hands on deck. We were sent for a wander round to look at the pigs on offer, while they leveled the wet concrete into the shuttering - a new piece of car park. They actually sell Tamworths, Kune-kunes, 'Iron Age' pigs and Berkshires. Only after that were we loaded and documented, our two pigs having been scrubbed up clean for their journey, possibly because they knew we were collecting in a private car. 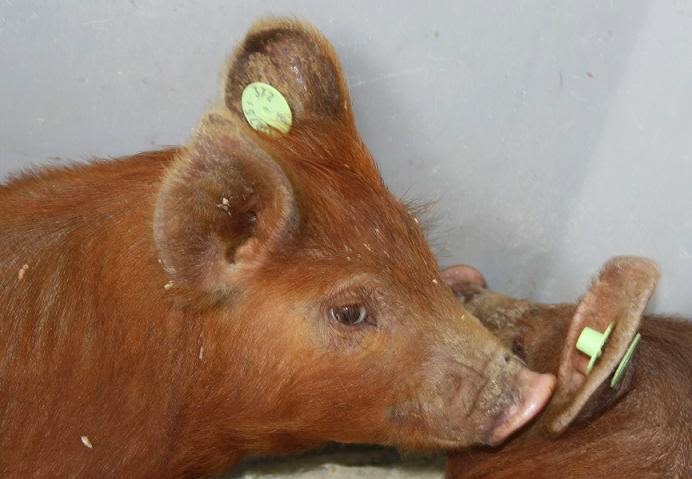 Back on the road by midday, the two pigs were safe inside our dog crate on the back seat of the car with a dog blanket to lie on if they chose to. They actually lay down as soon as we were in motion and spent the journey home fast asleep, occasionally twitching or moving their mouths in piggy dreams. We had decided to bring a picnic although I'd been worried that the pigs might not enjoy the run and we might have to get home as quick as possible and eat the picnic on the run. No need to worry. We parked under some dense trees to shade the car and the pigs slept on like children in car seats, apparently unaware of the break in the journey.

We made our little diversion to Gainstown to collect the rabbit at an agreed rendezvous outside the National School. Charlotte checked it was the colour mix she'd ordered, checked it over for general health and then quickly sexed it to make sure it was her 'dream boy'. She is a keen breeder and favours the 'Dutch' strain of rabbits, and this boy has Show winners in his blood line. Back on the road then and up through Lanesborough and across the Shannon to Strokestown. Home again we left the still-sleeping piggies in their crate in the car while we relieved the dogs and fed any poultry which was noisily and hopefully greeting us (Hubbards and Geese mainly) and collapsed briefly with a cup of tea.

Next job was to carry the crate down to the new pig house already well stuffed with straw. I had read that if you put 2 tiny piglets into a big area they don't get very comfortable - it is better to put whole straw bales around the edges to give them a smaller 'well' in the middle in which to make their bed. These pigs are not much bigger than our Westie dogs and the ark floor is just under 6 by 8 feet. I had put a bale at either side, intact but with the strings cut and taken out, and then broke up a third bale in the middle.  This seemed to be met with porcine approval and when we left them to it and went back an hour later to check on them, all we could see was straw shaking about disturbed by invisible pigs well snuggled down into it. Charlotte tells us that they are not great travelers and will probably feel a bit queasy and exhausted after the car run so will just snuggle down in there for the night to recover. Tomorrow they will wake up inquisitive and ravenous. Good night little ones. We will come and find you in the morning.

Meanwhile, I was going to give you a Guinea Fowl update. We had a burst of 11 eggs hatching over the 24 hours or so of the main event. These guys are dried off and now up and about, rescued to the brooder crate with the Infra Red heat lamp. After a pause, a 12th tried to hatch but came out with a wad of un-absorbed yolk sac outside its body and lost a lot of blood. This one did not make it through the night. The remaining 4 eggs are doing nothing and now, on candling, appear to have the too-big air space which is a sign of a dead embryo. This is quite normal, to have all the 'good' ones hatch in a burst. Any that do not come out then are probably weak or poor in some way. 11 good ones, though, out of 16 eggs rescued from a wet hedge-bottom and incubated in an unsophisticated incubator is still a brilliant result. We are delighted. 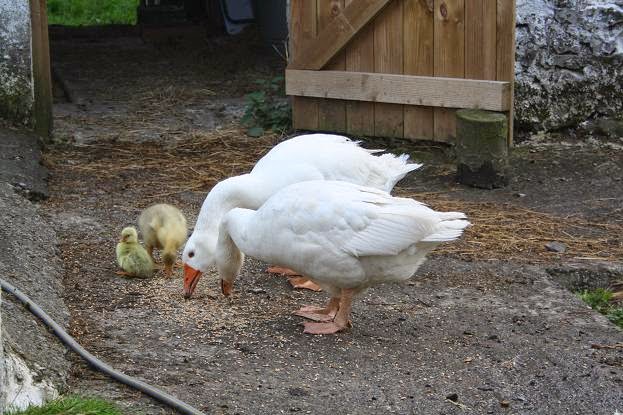 We have had a third gosling hatch and this one is doing well, so we have a rather dysfunctional looking family wandering about, with George Junior, at over 2 weeks, looking huge and robust alongside "Very" Junior who is only 2 days old. The other female adult is still hanging in there, sitting on the 6 or so eggs which still remain. It's all 'go' isn't it - pigs, keets, goslings all in the same week, and soon, the bees will be arriving.

It's going to be a busy summer by the sound of it. 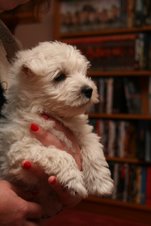